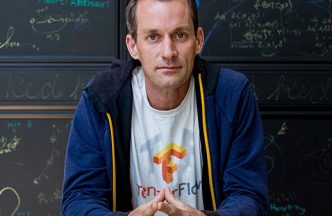 I joined Google in 1999 and am currently a Google Senior Fellow, and I currently oversee Google’s Research and Machine Intelligence Division, where I co-founded and also lead the Google Brain team. With my collaborators, we are working on machine learning systems for speech recognition, computer vision, language understanding, and various other tasks, applications of machine learning to healthcare, robotics, and other areas, as well as developing machine learning software systems like TensorFlow and collaborating with our hardware platforms team on developing new kinds of computational platforms for machine learning computations, such as Tensor Processing Units (TPUs). I have co-designed/implemented many generations of Google’s crawling, indexing, and query serving systems, and co-designed/implemented major pieces of Google’s initial advertising and AdSense for Content systems. I am a co-designer and co-implementor of Google’s distributed computing infrastructure, including the MapReduce, BigTable and Spanner systems, protocol buffers, the open-source TensorFlow system for machine learning, and a variety of internal and external libraries and developer tools.

I received a Ph.D. in Computer Science from the University of Washington in 1996, working with Craig Chambers on whole-program optimization techniques for object-oriented languages. I received a B.S. in computer science & economics from the University of Minnesota in 1990. I am a member of the National Academy of Engineering, and of the American Academy of Arts and Sciences, a Fellow of the Association for Computing Machinery (ACM), a Fellow of the American Association for the Advancement of Sciences (AAAS), and a winner of the ACM Prize in Computing and the Mark Weiser Award.

More info about me and a list of my publications are at http://research.google.com/people/jeff