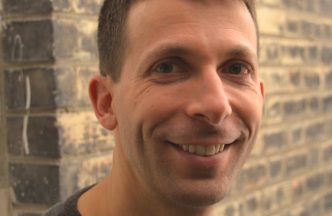 David Silver leads the reinforcement learning research group at DeepMind. David graduated from Cambridge University in 1997 with the Addison-Wesley award. Subsequently, David co-founded the videogames company Elixir Studios, where he was CTO and lead programmer, receiving several awards for technology and innovation. David returned to academia in 2004 to study for a PhD on reinforcement learning with Rich Sutton, where he co-introduced the algorithms used in the first master-level 9×9 Go programs. David was awarded a Royal Society University Research Fellowship in 2011, and subsequently became a lecturer at University College London. David consulted for DeepMind from its inception, joining full-time in 2013. His recent work has focused on combining reinforcement learning with deep learning, including a program that learns to play Atari games directly from pixels (Nature 2015). David led the AlphaGo project, culminating in the first program to defeat a top professional player in the full-size game of Go (Nature 2016), and the AlphaZero project, which learned by itself to defeat the world’s strongest chess, shogi and Go programs (Nature 2017).