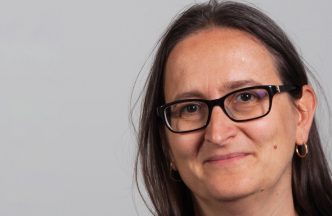 Gabriela Csurka is a Principal Scientist at NAVER LABS Europe, France. Her main research interests are in computer vision for image understanding, 3D reconstruction, visual localisation as well as domain adaptation and transfer learning. She has contributed to around 100 scientific communications, several on the topic of DA. She has given several invited talks and organised a tutorial on domain adaptation at ECCV’20. In 2017 she edited a Springer book on Domain Adaptation for Computer Vision Applications and she co-authored and leaded the publication of the book Visual Domain Adaptation in the Deep Learning Era, published by Morgan&Clayton in 2022.